About 17,000 years ago, Lamesa was inhabited by Paleo-Indians.   They were hunting along Sulphur Springs Draw where they camped.  Years later, the Apaches also camped there for their hunting activities.

July 1903 marked the beginning for the City Of Lamesa.  During those times, ranching has been established for more than 30 years, and a block of 160 acres was acquired of the Conner’s Ranch.

Lamesa is a Spanish word which means “Tableland,” that best described its position on the high plateau.

From that time on, Lamesa has made a name for itself and has been known for many things, such as,

Meet her as you pass by the Reid Bethel Tire Company in Highway 87, the tallest cheerleader statue with a height of 20 feet tall, wearing a cheerleader outfit in her 1960 flip hairstyle.

Other famous people born and associated with Lamesa are actor Barry Corbin, former professional baseball pitcher Brad Byron Cornett, Lynn Morris the musician, Judy Jensen who is known for her reverse painting on glass, and many others.

Lamesa is home to many beautiful people and amazing stuff.  Life and business do not end with the pulling out of Walmart and the going down of some business establishments as more opportunities still await the residents.

Thousands of years ago, our ancestors (Paleo-Indians) discovered the place, making it their hunting ground for their food, stayed, sustain life, and make Lamesa their home.

History of Lamesa.  Retrieved from http://www.ci.lamesa.tx.us/index.aspx?NID=76.

About Lamesa, Texas.  Retrieved from https://www.lamesarealestatebroker.com/about-lamesa-texas/. 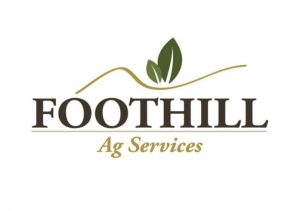